All the images in my Aerial Photography section are taken with a Pentax Q system mounted on a DJI Phantom multirotor UAV.

I bought the Pentax Q back in September, 2012 because it was so small and thought it might be interesting to use with my Pentax K mount lenses (with an adapter). Shortly after purchasing the Q, I discovered the DJI Phantom. The Phantom is designed to carry the GoPro Hero camera, but it looked to me that it might be modified to carry the Q. Unfortunately the Phantom was too expensive for me to justify its purchase at the time. Fast-forward to September, 2013, and the Phantom price drops $200. Shazam! I picked that puppy up...

Specifications:
These are the features/specifications that are important to me. Full specs are available here: Pentax Q %20%20%20 Pentax Q7 %20%20%20 DJI Phantom

The modifications made to the DJI Phantom so it can carry the Pentax Q/Q7 are relatively simple:
What I used was: a) 2 small flat head screws (3mm - .5 x 10mm) and a drill and tap to match them, b) the Hot Shoe cover Fx from my camera, c) silicone/gasket seal or similar, d) strips of balsa wood, wood glue and super glue (temporary until I upgrade the landing gear). 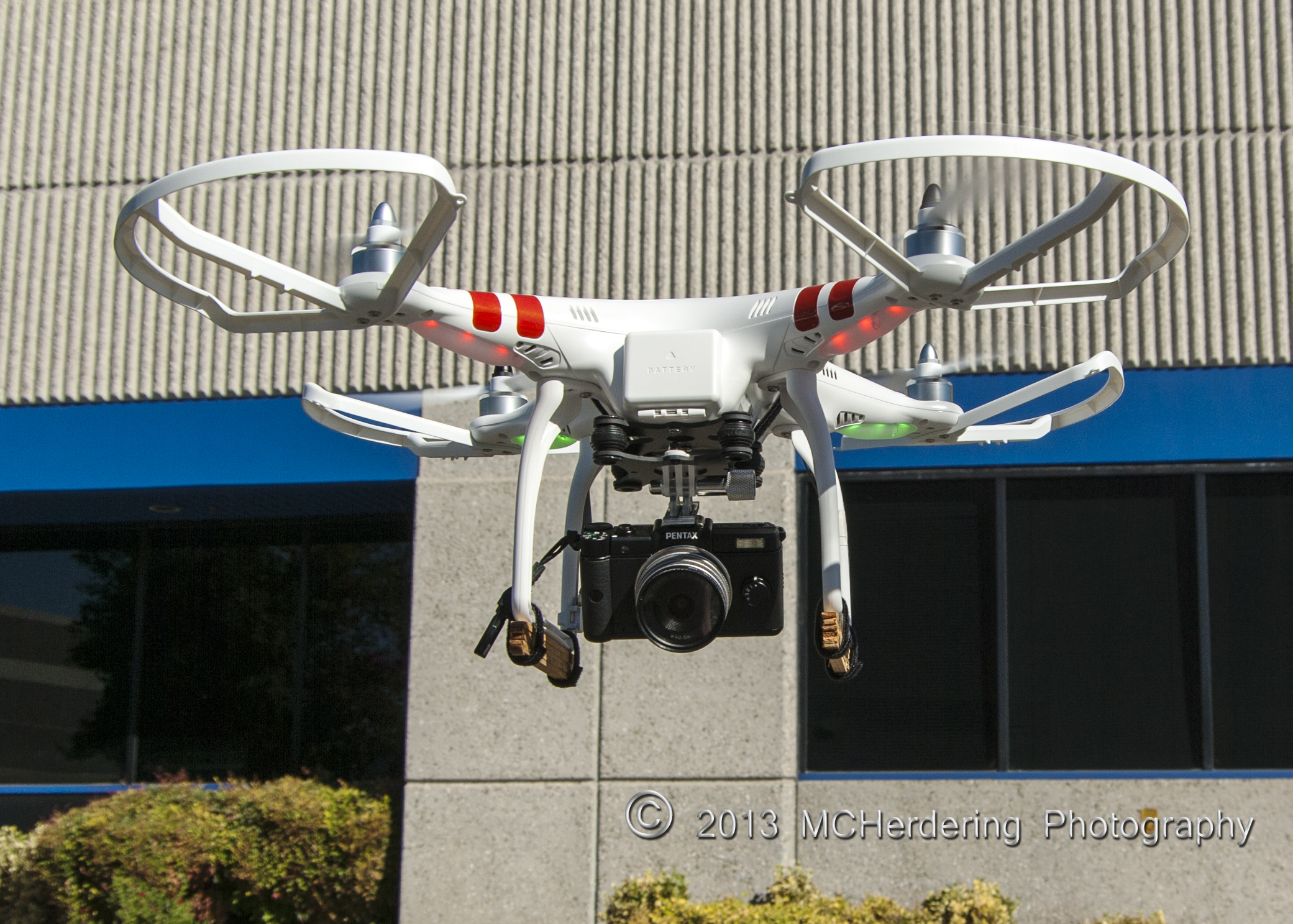