Click here to purchase a Print, Greeting Card, Throw Pillow, Duvet Cover, Tote Bag and more of this image from

Click here to purchase a Print, Greeting Card, Throw Pillow, Duvet Cover, Tote Bag and more of this image from 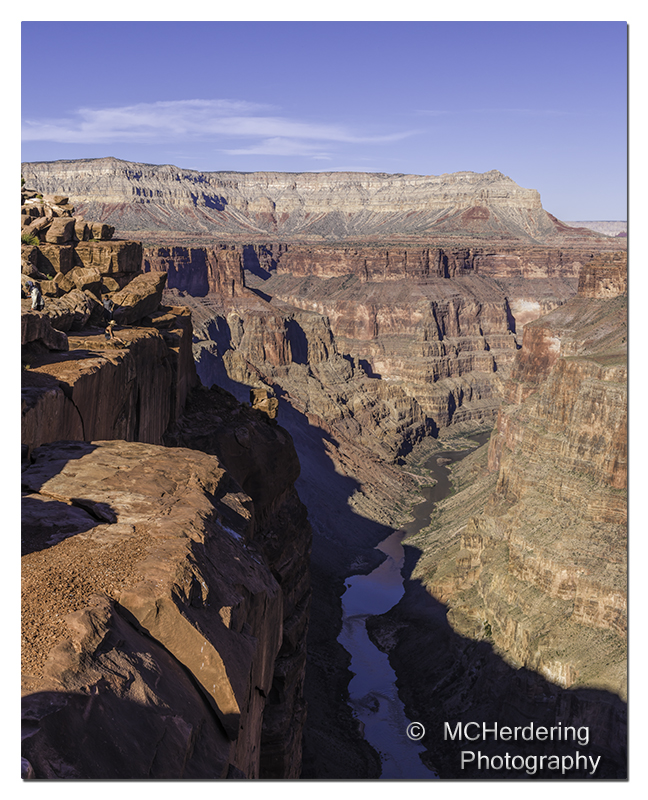 'You're too close to the edge' is often heard echoing through the canyons carved by the Colorado River as it runs through Arizona. The phrase is usually expressed by parents or guardians of the young, as they venture too near the edge for comfort. I've heard it directed at older people who should know better as well, though, such as myself. Those with a strong sense of self preservation won't get caught anywhere near the edge of a 3000 foot cliff, as we see here at Toroweap Overlook in the northwest section of Grand Canyon National Park.

According to 'The Splat Calculator' (google it, it exists), if a person were to fall here, 'ignoring friction (air, rock, rope, or otherwise) and relativistic effects', it would take 13.66 agonizing seconds to hit the river, and they would be traveling 439.21 feet/second, or 299.5 miles/hour. That exceeds the speed limit in most states.